Bose just don't seem to care about these issues, looks like the 700s have similar problems too. 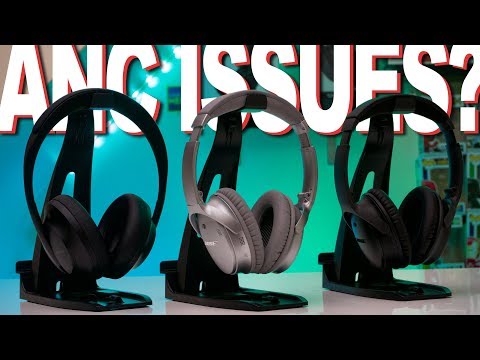 Any rogue (Bose) engineer out there (down to lose his job) and provide a working script to downgrade firmware to before 4.x.x?

How can a youtuber reproduce the problem and Bose's team of "engineers", or whatever they claim to be, cannot?

What are you people hiring there?...

This is beyond pathetic, it's sad...

Hmmmmm, to me the difference between the firmwares in the youtube is negligible. Was surprised that the newer nc700 performed worse in the lower frequencies. note:I listen to the youtube with my eyes closed to prevent that I was biased to a certain firmware.

>One month have passed and you have not done anything about this.
>At least you should push the previous firmware with a new number till you can figure out what's wrong with your 4.5.2

I am also as a customer very disappointed about what is going on.  I made some suggestions in a prior screen yesterday that I believe would be a win-win for both us and Bose and give them a way of either fixing our issue or restoring our functionality in a way that doesn't conflict with their current corporate policy.  I hope they consider it.

1. They are making baby steps - until the last few days we heard no real communication from them other than it was being escalated.  At a minimum I honor them for even that small change.  Time to take more steps....

3. Once they have a solution, if it is a firmware update, it will need testing.  But it may not be a firmware update - it may be a fix to BTU or Bose Connect.  We don't yet know what they will change.

5. They are not going to release anything publically prior to a fix like a previous firmware under a new number.  Other vendors might do it but we have heard multiple times from the Bose people here nothing comes out until the next firmware is released (new firmware - not renumbered ones).  I believe that doing it on a case by case basis by sending back units and having it looked at in the support fix context is a much more viable recommendation in line with Bose's current policy and that is why I suggested it yesterday as my 'win-win'.

@Community_Admin   I’ve deleted the app, I’m not going to risk an upgrade. You’re telling people to use the updater on a computer. I don’t have one. I use one at work but we’re not allowed to plug anything in. All I have is an iPad. Can’t you tell me how this is resolved for people like me? I’m sure there’s others out there. I’m not spending a couple of hundred dollars on a laptop / desktop just for this one update to headphones. Come on. Please. I’ll buy you an ice cream???

@wings99 better idea... don't update it at all!  No laptop required.

I stupidly updated hoping there was some new features released. Instead got surprise... a downgrade.

I work in software so I know things go wrong and it takes a while to fix them.

Really all that the people here need is @BoseAdmin to say we are working on the problem and will update you soon.

This situation and the "answer" from Bose is ridiculous...

One month and they say they are not able to identify the issue in test labs: are we talking about a rocket ? An aircraft ? No we are talking about a headset with a technology they released and slightly improved in the last 10 years (difference with my old QC15 is not so huge to be honest, especially now I did the update...)

At least could you tell us what was the purpose of this new firmware ? Fix bugs ? Like the fact that QC35ii was as good as the new 700?

Just allow downgrade or release the old firmware with a new reference, we don't care, but you are loosing customers... People talk with each other and selling at this price level requires a good reputation, difficult to build and easy to lose...