As I mentioned in my previous message, the Bose NC 700 audio cable which comes with the product DOES NOT carry a microphone signal, only the stereo audio signal. So, the only way I can see for someone to use the built-in microphone is to connect the headphones using Bluetooth.

So, do we know if the headphones carry a microphone signal over the audio port? I understand the supplied cable does not, but would an external TRRS cable work? e.g. https://www.amazon.ca/YCS-Basics-2-5mm-Conductor-Cable/dp/B00FHBWQ2W/ref=sr_1_18?keywords=2.5mm+Male... 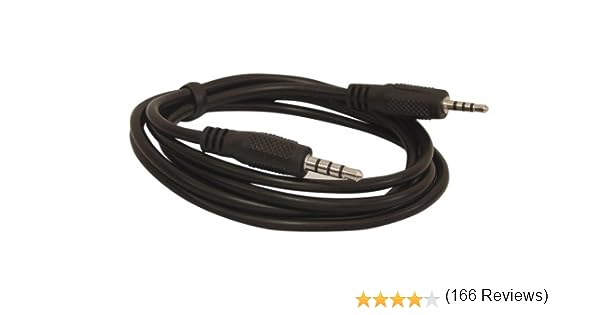 Believe me, nobody wants to use a cable.   Even with the latest software there are problems when you have your MacBook and iPhone both connected to the Bose 700.   You need to pick one or the other or the connection quality suffers and you get connect and disconnect messages during your call.  Since you haven't fixed that problem I was hoping I could connect the wire when I was at my laptop and use Bluetooth on my iPhone.

@ChapelHillNC that won't work any way. When connected via AUX, Bluetooth gets turned off (and can't be turned on unless you unplug the cable).

Bump - are there any updates on this feature being implemented? It would be awesome to use the mic with audio cable when the headphones are out of battery.

What do you mean your unsure? If you make them you should know exactly what's where

So I purchased a TRRS cable + splitter as per my last post.

The microphone did not carry signal over the cable.

@Mattyku thank you for your sacrifice. I'm sorry you had to find out the hard way that it doesn't work.

@HansC thanks for asking the question and suffering all the uncancelled noise (pun intended) from clueless people that don't know how to read. Also, https://en.wikipedia.org/wiki/Wiio%27s_laws in all their splendor.

@Vicky_W please _do impress_ on management at Bose that it is absolutely unacceptable to deliver a 500$ headphone (not a phone, not a computer, a _headphone_) with no support for full wired connection. As much as we like the "700", it is simply impossible to use them in particular environment with a lot of wifi/bluetooth/microwave noise. Wiring them to the device is a must in such situations.

I really hope the hardware is already properly wired and that a firmware update can solve that. Please check and at least _clearly_ report here if that is possible. And, if, luckily, it is possible, please consider providing the firmware update sooner than later and also provide a proper compatible TRRS cable (with no in-line mic) for sale.

(Also, to do what is bad communication myself and to mix topics, the fact that the USB connection can't be used as a wired audio connection is another blind spot that subtracts a lot from the value of the  headphones)

signed up just to to add to and clarify these points, for Bose. @Vicky_W @Jeff_G @Keith_L

1). In addition to environments where it's not usable (as mentioned), any&all Bluetooth also has LATENCY. Almost 200 milliseconds. Which means any interactive content is unacceptable via bluetooth. Would you play a game where the movement has 200ms delay? No & neither would you with late sound.

3). Support wired connection AND bluetooth connection, with full features on both sides SIMULTANEOUSLY. Working on your computer with a wire (whether due to tech limitations or interference or preference), you still want to hear your phone's notifications AND you don't want to interrupt one source while you hear the other (as you do with 2 bluetooth devices - which is more or less understandable there)!! Maybe I want bg music from my phone while on a voice call on my work computer.

Achieving these features is not hard. I'm an engineer and I'm not asking for anything difficult that hasn't been already done and on the same form factor & design & price etc. It's a top level IO issue not a proprietary tech issue.

So Bose, I suggest you get cracking on a Bose NC 800 with these features, and give existing 700 customers some kind of a discount on the new model.

Thanks for being honest, open, and fair. 😉

PS while you're at it, a 3.5mm jack in the headset instead of 2.5 would be nice so we can use any cable. I know you wanted a small hole for design (and potential proprietary cable features) reasons but nobody will actually complain about having a 3.5 instead.

Although this doesn't answer your question about the audio cable:

A new WiFi/Bluetooth card which supports bluetooth 5.0 solved all the Windows issues for me.

I bought Killer Wi-Fi 6 AX1650 but maybe it would also work with a bluetooth 5.0 USB-dongle.