Thanks for chiming in. Just wanted to jump in and say that we are here to help! If you have tried all of the troubleshooting steps offered, and can't find a resolution I would definitely contact your local Bose Support. Here is a link you can use. Click on your country, scroll down to "Contact Us"

Have a great day!

I just bought a new set of QC35 Series II and have also found that the lag while watching video on my iPhone 7 Plus to be quite noticeable.  This is especially when compared to my BeatsX, where the lag is still there but much much lower.

I have loaded the latest firmware 2.1.x to the headphones, to no avail.  I understand the nature of Bluetooth especially for audio and have witnessed cheaper headphones manifest this sort of poor lag and have accepted this, but I am disappointed that it will also be so prevalent on something at the price point for these BOSE cans, given that the BeatsX I have seem to perform so much better in this regard.

Is there really a viable solution, before I have to return them to the store?

Thank you for joining the conversation.  Can I ask, are you able to pair the headphones with another device and see if the lag is consistent there as well?

I hope that you're having a great day.

Thanks for your help.  I'll try it later this evening and will report back.

Bluetooth audio delay is given due to the current technology, bu it shouldn't be 500ms.

I tried again tonight with my iPad Pro 10.5, and the same kind of lag is evident there too.  It's not massive, but it is discernible compared to my BeatsX, which are also Bluetooth, albeit earphones and not headphones like the QC35 II are.

I actually were replacing a set of old QC25 which I loved, and which were wired, for traveling.  For music, the QC35 II are really really nice, but I did primarily use headphones and earphones for watching video either on my iPhone or my iPad, so makes it all the more disappointing.  I know that Bluetooth tech inherently has some latency; what I am surprised with was that they lag much more than the BeatsX, which almost have no lag at all.  I (stupidly) had thought that all modern Bluetooth audio devices, especially from someone like Bose, would not have such a lag, but it seems indeed to to so.  I should have tried them out in the Bose store before buying; I got them on vacation too, so am hoping my local Bose store will refund or exchange them for another product.

Anyone else have these and find the lag perfectly acceptable for video?

I actually tried this YouTube video, just to see what the lag was: https://www.youtube.com/watch?v=s_PbyRpKrRk&t=23s

I'm not sure how scientific or accurate this is, but I did try three sources.

For just the iPad speakers or my PC speakers (Windows 10 running in Chrome) the audio was bang on 0.

Just to see if this was related to ANC; I switched that off with the button on the left cup, but same result.  Anyone else see better with their QC35 II?  I really want these to be as good in lag as the BeatsX, as they sound great, feel lovely and light when on, but just has so much lag. 😞 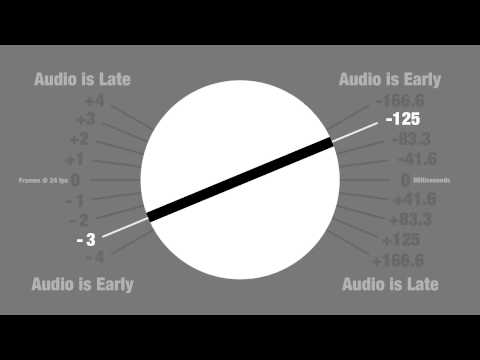 Home Theater Audio / Video Sync Test - Lip Flap
youtube.com/watch?v=s_PbyRpKrRk&t=23s
Use this test to resolve audio sync issues "lip flap", most if not all audio video receivers will have a A/V sync setting that you can adjust audio sync in m...
1 Like
Share
Highlighted

@ekosheren, thanks so much for that video.

Thank you all for posting - I have a follow-up question.  Can you all test your headphones with a wired connection if you haven't already and let me know if the lag is consistent with the wired connection or if it improves?

I'm thinking that if the connection is better with a wire then this is probably a Bluetooth related issue.

Let me know, whenever you get the chance!

Thank you again and enjoy your day,

Sure; I did a few checks, including with the QC35 II in wired mode, using a different YouTube video this time.

Again, I'm not sure how scientific or accurate this might be, and I used my own eyes to discern the differences based on the visual aspect of this test versus the audio.  I did each test for each set of headphones / earphones a number of times, to make sure I got at least a good sample.

Run on Windows 10 with Chrome:

Again, it's a bit of a janky test but at least I was sure to keep things as consistent as possible.  It's quite obvious that the QC35 II in Bluetooth mode has some massive latency differences compared to the BeatsX, which are half the price where I am (though admitedly not anywhere near as nice sounding as the QC35 II and are earphones and not headphones).

Help!  I really want to love these but with the amount of video I watch (and listen to music less), they need to be less laggy. 😞 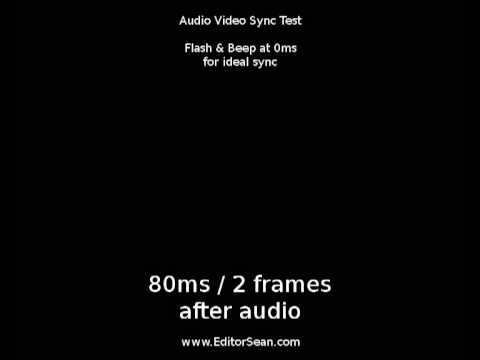 Audio Video Sync (MP4), Alignment & Latency Test
youtube.com/watch?v=52134vY0SNU
Audio video alignment test video does here is flash a white square for one frame with a 10ms length beep 520ms or 13 frames before the flash, then does this ...
0 Likes
Share
Highlighted

Thank you for getting back to me and for providing that fantastic information.

We released a firmware update yesterday for the QC35 II, I'm wondering if that will help this issue.

Let me know if you get a chance?

I hope that you have a great weekend and take care,