Tomorrow is the big day
Search by Labels:
0 Likes
I have this issue too
Reply
Share
9 REPLIES 9

quote:
Originally posted by Ed Witles:
Except for some poorly mastered tracks, mono works best for me - as I use a single L1/B1/B1 setup.

And even so, that 'blows folks minds'. How so much sound comes from such a small pole.

But after trying a new wireless link, I might bring two Compacts and daisy chain them for the rear of the ballroom to the receiver and the single L1 near me - will allow me to not 'push' the L1 nearly as hard and still have clean sound in the rear.

So Ed, do you have a wireless system you.d recommend?
0 Likes
Reply
Share

quote:
Originally posted by mikep:
...do you have a wireless system you.d recommend?

After having used them for a few weeks to transmit computer audio, I can now recommend the new Line 6 Digital Wireless (XD-V70, -V30 & Relay G50, G90) as a no-compromise quality, no interference, no-compression solution.

They are not cheap, but neither are they more than high-quality analog wireless. Read more in this discussion on Wireless technology "Step Change".
0 Likes
Reply
Share

Message 2 of 10
Right now, I am evaluating Applied Wireless units.

The MONO version boasts an impressive range over 900Mhz band. And so far, no major issues in normal venue use.

I was looking at the Line 6 for later when $ become more available.
0 Likes
Reply
Share

Message 2 of 10
I also use the Line 6 XD-V70 systems & they are great!!! I use them with the Heil capsules for even better sound quality.
0 Likes
Reply
Share

Message 2 of 10
Is there a limit to the number of receivers for the Line 6?

Also, what is your 'real world' observations in less than desirable venues (down town/gov't/etc?

I work in some of the most RF noisy buildings in DC.

quote:
Originally posted by Ed Witles:
Is there a limit to the number of receivers for the Line 6?

But that is a "real" twelve -- no matter where you are or what is around. The only 'caveat' to that is that the XD-V70, XD-V30, and the "Relay" products (which are designed as wireless guitar/instrument systems) all share those same 12 channels.

quote:
Also, what is your 'real world' observations in less than desirable venues (down town/gov't/etc? ... I work in some of the most RF noisy buildings in DC...

While I have not used the XD-V70 in a REAL noisy (RF-wise) environment, I don't think you'll have any issue -- because the XD-V series operate in the 2.4Ghz band and they utilize digitally-encoded (not analog carrier) transmission.

The only two things to watch-out for are:

1) Strong Lo-band (2.4GHz) Wi-Fi transmitters near your receivers -- those can be dealt with by either moving the receivers a few feet or using external (remotely located) receiver antennas. While nearby (to the receivers) Wi-Fi does NOT affect the quality of the sound, they can affect the practical distance.

For example, last Wednesday one of the singers got a cell phone call during rehearsal and walked away from the group to take the call -- with the handheld wireless mic and the phone in the same hand! Lot's of noise -- until I yelled at him to put the mic in his other hand! Smart phones can be a particular problem if they are on at all because they may be active at any time (e.g.: getting text msgs, etc) ... just don't have them near a receiver or transmitter!
0 Likes
Reply
Share

Message 7 of 10
Yep! I did a ceremony in which it was wirelessly mic'd. The best man had his cell phone in his pocket. I knew what the sound was as soon as I heard it blasting in the background on the compact. Luckily it was at the end of the ceremony.

While they were taking pics and was transitioning for a photo op I walked over and told the bride and she said "ok, who has the darn cell phone?" (posted in a Bose forum friendly way here but it was much more harsh) and of course the best man spoke up. I wanted her to know it was not my gear that was messing up.
0 Likes
Reply
Share

quote:
Originally posted by Dynamite DJs:
... a ceremony ... which ... was wirelessly mic'd. The best man had his cell phone in his pocket...

Was that a Line 6 wireless?

Unless the transmitter (or mic) was also in the best man's pocket, that cell phone probably would NOT have affected the XD-V digital wireless -- because it was too far away from the mic/transmitter to get 'captured'.

That's another of the advantages of fully-digital wireless systems such as the Line 6 XD-V series ... noise in the wireless transmission band canNOT get into the signal ... at worst, it could cause the signal to drop out (but a cell phone isn't that strong of a transmitter).

With an analog wireless system, cell phone (for example) noise can mix into the actual (analog) wireless signal, causing noise at the receiver. That can't happen when the signal is digitally encoded/encrypted at the transmitter and decoded by the receiver -- it's "signal-to-noise" ratio (between the wireless band transmitter encoding and the receiver decoding) is essentially "perfect" -- that is, it is limited to the actual digitization (forward & reverse) "noise". There is essentially zero transmission noise. Ever.
0 Likes
Reply
Share

Message 10 of 10
MiPro ACT Series (which is the company that manufactures the Opus 900 series for BeyerDynamic.)

Two of these (transmitter portion ONLY):


Two of these: (capsule/cartridge heads ONLY) 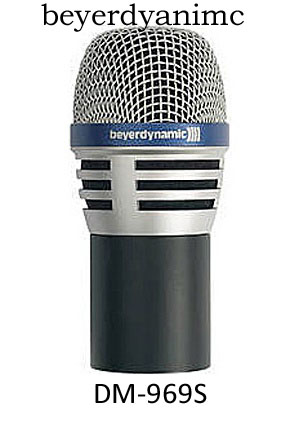 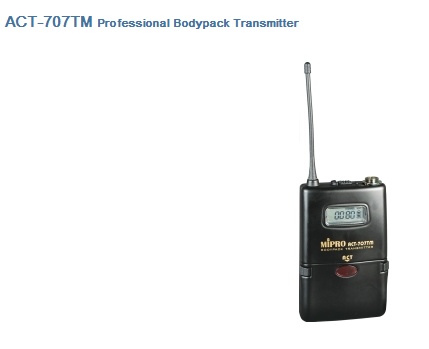 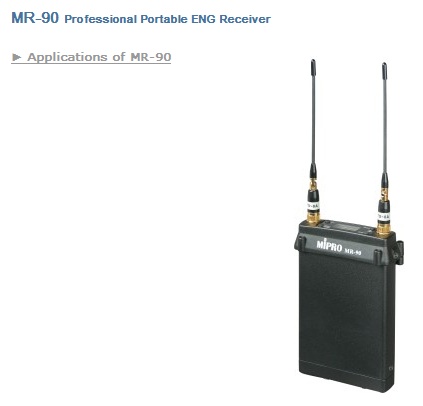 http://www.mipro.com.tw/link/2_4_mr90eng.htm
working with four of these when required:

Four of these: (omni) 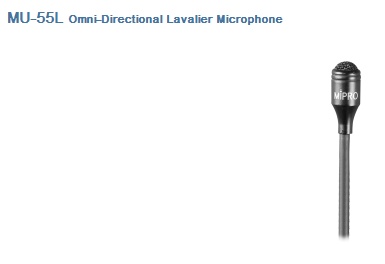 Four of these: (uni) 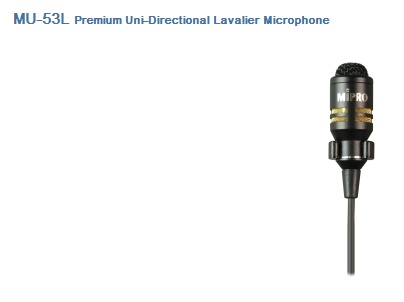 These are also available for this system but I have not ordered any as yet: 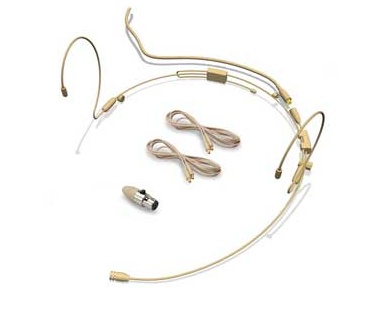